Lebanon update: resilience and determination in the face of crisis

Lebanon is a country that has been close to my heart, personally and professionally, for over a decade. I loved my first visit in 2009 as a tourist and one of the things that excited me most about joining Kiva in 2012 was the opportunity to oversee our lending in Lebanon. Over the past eight years, I have been inspired by the work our three Field Partners are doing in the country and more than a dozen visits to Lebanon have made Beirut feel like a second home. 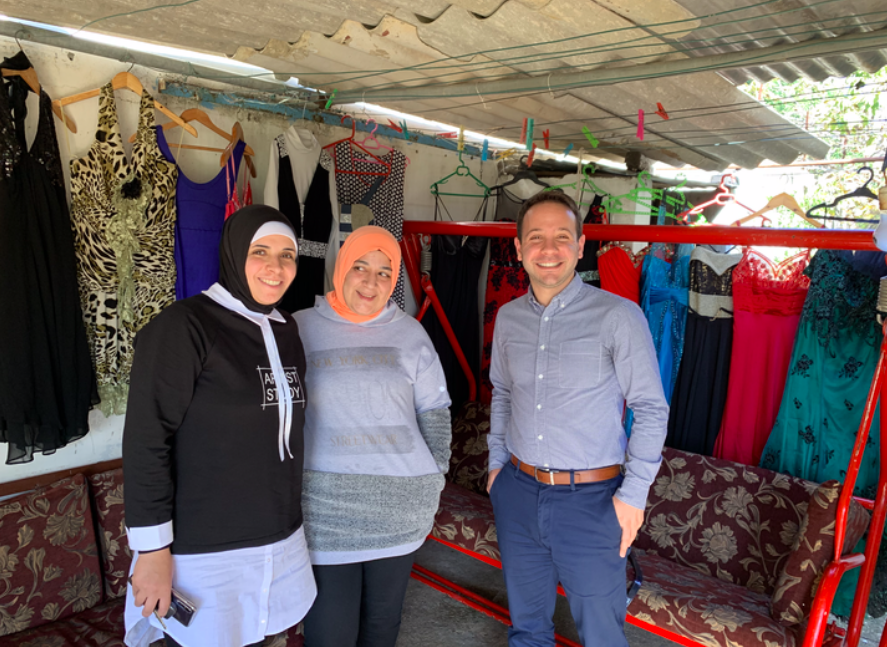 Plaves with a Lebanese borrower (center) at her in-home clothing shop, along with a loan officer from one of Kiva’s Field Partners.

The massive blast that rocked Beirut on August 4 was heartbreaking and devastating. As I watched the horrifying footage of the explosion, concern over the safety of Kiva’s Field Partners and our borrowers jumped to the forefront of my mind.

After texting friends and emailing our Field Partners, I paused, struggling to believe that this was happening to Lebanon, a country no stranger to hardship, but that has been facing one of the biggest crises in recent memory before the explosion struck.

In October 2019, protesters began filling the streets of Beirut, initially over a WhatsApp tax announced by the government, but quickly expanding to a larger and country-wide movement. Lebanese of all ages, religions, and classes joined in protest over corruption and a system of government that many people in the country feel has failed them for years.

From San Francisco, where I have lived since 2017 after spending my first four years with Kiva based in Istanbul, I watched with optimism.

I hoped that the activists filling downtown Beirut with signs that said “thawra,” or revolution in Arabic, would lead to meaningful change.

As a Senior Investment Manager at Kiva, I was also concerned, knowing how fragile the Lebanese economy has been for years. The challenging day-to-day reality that many in the country face is one reason why I am so proud of the work Kiva and our lenders have done, providing over $36 million in loans to help people start or grow small businesses or cover the cost of essential needs for their family. Through our three amazing Field Partners in the country, Kiva lenders have supported Lebanese citizens, refugees from Syria, and migrant workers.

Not long after the protests began, the government resigned. Initial optimism, however, soon waned, as meaningful change did not seem to be coming from those in power. Instead, the political instability caused the already struggling economy to worsen and quickly go into a freefall. 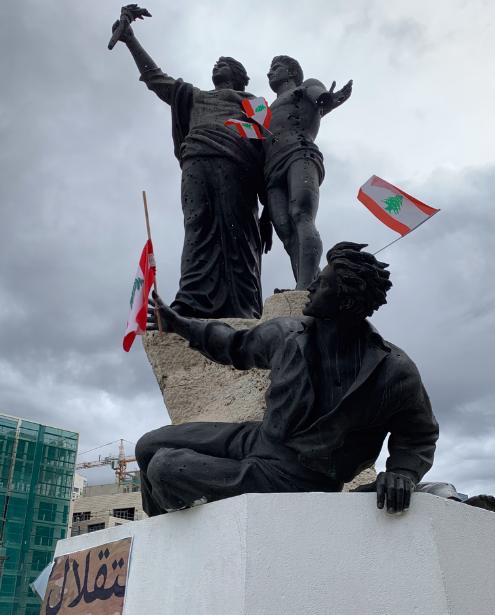 The value of the Lebanese pound, which has long been pegged to the U.S. dollar, collapsed. All of a sudden, prices for daily goods skyrocketed and savings were wiped out. People began trading their possessions for food. U.S. dollars disappeared from the country, leading to local banks imposing capital controls preventing money from being transferred out of the country.

At this time, Kiva unfortunately had to pause our lending in Lebanon. As much as we wanted to help, core to the Kiva model is money going back and forth between our Field Partners and our lenders. We could not responsibly ask lenders to put more money in the country, knowing that there is no way for it to be repaid at this time.

From the start of the crisis, we’ve remained in close contact with our partners, supporting them as best we can. Many Kiva borrowers have missed loan repayments as a result of their economic struggles, and our lenders have been incredibly understanding. Kiva, similarly, has been accommodating with our Field Partners, knowing that they are currently unable to send us the repayments that they are collecting.

We hoped 2020 would bring positive change to Lebanon and allow us to resume lending, but the economic situation continued to deteriorate. The COVID-19 pandemic made things even worse, as Lebanon went into a strict lockdown in March. Most businesses were closed for months, causing the economy to continue to deteriorate, with the Lebanese pound eventually losing around 80% of its value.

The message we continued to receive from our Field Partners is that they felt like they can’t catch a break, but they remained resilient to fight through these numerous crises.

August 4 was the first day people in Lebanon had emerged from another COVID lockdown. At 6:07 p.m. that evening, the explosion shook the city, killing over 170 people, injuring and displacing thousands, and causing extensive damage throughout the city. Beyond the loss of life and physical damage, the blast broke spirits and devastated people throughout the country. I know those spirits can, and will, return, but in the moment it seemed too hard to believe this was happening.

The day after the explosion we heard back from our three Field Partners. Most had some damage to their offices, with more significant damage to those that were closer to the blast site. Many staff suffered minor to moderate injuries and some had their homes damaged or destroyed, but we were relieved to hear all would be okay.

While all Kiva borrowers survived, we were saddened to learn a few days later that four of our Field Partners’ borrowers lost their lives.

At Kiva, we want to support as best we can. We remain in close contact with our Field Partners and are working to think creatively on how we and our lenders can help. We wish we could resume lending, as increasing our efforts at a time like this is part of our DNA. Unfortunately, capital controls still prevent us from doing so.

This reality has been especially painful for me given my relationship with our partners and the country as a whole. But I also realize that there will be a time for lending to help rebuild, and that right now donations and humanitarian aid are most needed. 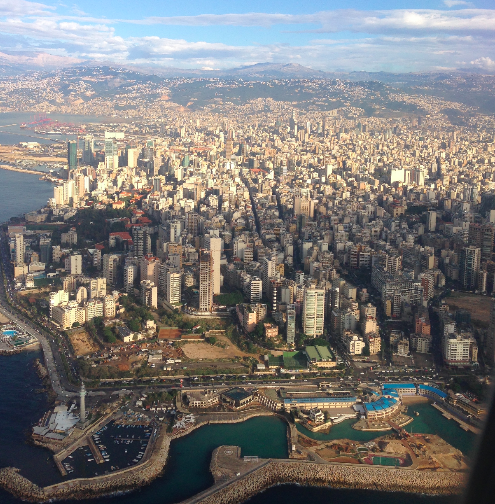 The city of Beirut from above, taken by Plaves on his way to visit Field Partners

There are amazing organizations doing great work in response to this disaster, which I shared with Kiva staff, interns, and fellows immediately following the explosion. I wanted to take this opportunity to also share these with our broader community, knowing that we’ve had many lenders reaching out asking how they can support.

Our partners have been clear that they remain as “determined as ever” to get through “crisis upon crisis upon crisis.” Kiva will continue to support them, but until we are able to resume lending directly, the following are nonprofits I believe are doing what is needed now to help Lebanon recover and begin rebuilding.

If you’d like to support them, you can donate directly through their websites:

Any cookies that may not be particularly necessary for the website to function and is used specifically to collect user personal data via analytics, ads, other embedded contents are termed as non-necessary cookies. It is mandatory to procure user consent prior to running these cookies on your website.